Saving the planet, one print run at a time

1959 brought us the first fully automatic camera, Eveready the long-lasting alkaline battery, the first pictures of the Earth taken from outer space, and Xerox’s photocopier. 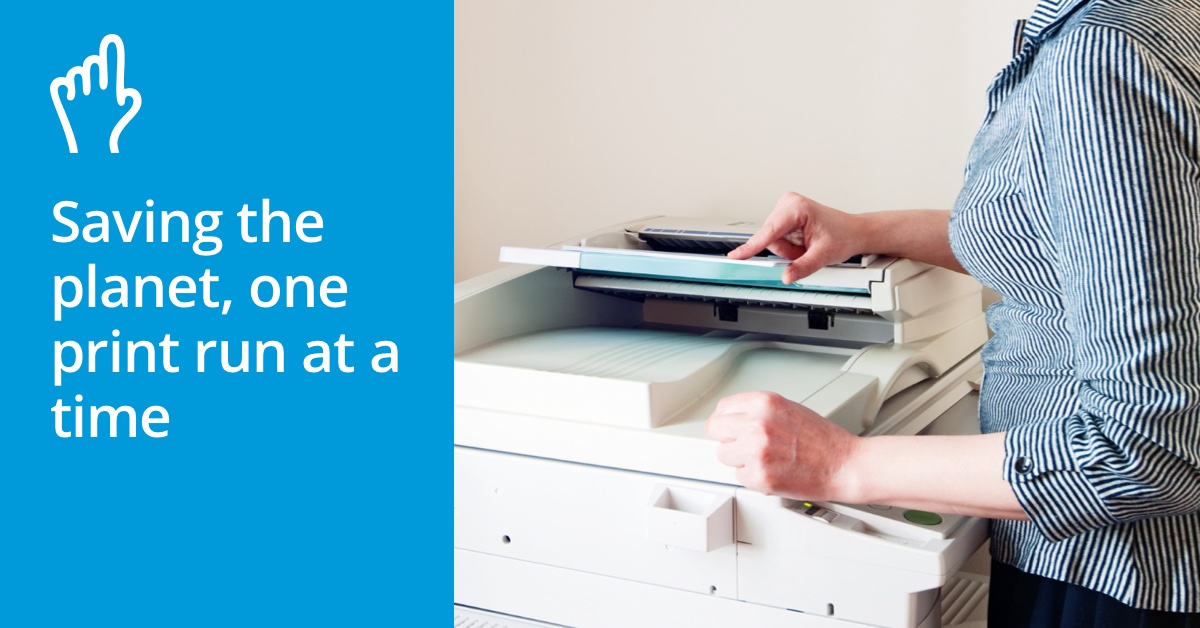 Back in the day…

1959 brought us the first fully automatic camera, Eveready the long-lasting alkaline battery, the first pictures of the Earth taken from outer space, and Xerox’s photocopier.

And when photocopiers appeared in schools, they were a veritable game-changer, replacing the school Banda machine, which was rather cumbersome, and time-consuming, involving as it did several stages, including writing or typing a master copy.

(Banda machine?! We realise we’ve lost half of our readers here when the average age of a teacher in England is 39 years old.)

8:00 am and the slow-motion Monday morning printing rush hour. Though far from profligate, teachers, back in the day, were able to enjoy free rein on printing. And there was always one teacher who hogged the photocopier while drowning in a sea of paper and post-it notes and glue sticks, seemingly oblivious to the long queue of anxious, clock-watching colleagues trailing in their wake.

Times have changed, however.

Gone are the days photocopying whole sections of a textbook for revision guides – if they ever existed. There was and remains, obviously, the issue of copyright.

And we’re all more aware of the need for sustainability, none more so than our students and educators.

Cut down on the colour copying!

Back in 2019 the then academies minister Lord Agnew came under fire for suggesting that “staggering” copying bills is “one small example” of how schools could save money. He went on to say that teachers could refrain from doing quite so much colour printing. A little stung, teachers replied that they had stopped indiscriminate colour photocopying years ago.

Far from complacent, teachers know they could, however, do even better.

7 in 10 teachers (72%) reported a concern about their schools’ reliance on paper resources, in a nationwide survey of 400 primary and 400 secondary teachers by Vitreous World.

The logic or calculation went:

“After conducting a nationwide survey of 400 primary and 400 secondary teachers, the study – conducted by Vitreous World – calculated the total cost of paper used in schools. With teachers using an average of 30 sheets of paper per class, and each teacher, on average, teaching 3.3 classes each day, each uses approximately 99 pieces of paper per day.

Multiplying this by the number of paper sheets used by teachers in one school year, this amounts to an estimated £484,539,317 on paper print-outs. And with a Google Chromebook costing around £173.20 per year, which equals about 2,797,571m devices.”

With rising costs, however, schools are perhaps thinking less about buying Chromebooks as balancing their own books.

Even with more money promised by the Chancellor, the cost-of-living crisis will continue to dominate the lives of teachers and their students and the headlines:

Is photocopying worth the paper it’s written on?

Many photocopiers now tell staff how much their printing costs. Every time they print even a single A4 page, the amount pops up on the screen in pounds and pence, as clear as day.

Teacher Tapp recently looked at teachers’ awareness of photocopying costs in schools. In answering the question “How much does a single side of black-and-white A4 photocopying cost in your school?”, only 1 in 5 (22%) reported, “Not relevant / could not answer”. Most reported knowing the cost of copying, or answered: “It’s ‘free’ (as in ‘no direct cost’).” No teachers reported not being allowed to photocopy.

Though acutely aware of the financial and environmental costs, most teachers we speak to say that there is no internal pressure, as yet.

Digital to the rescue!

Of course, digital has done away with much of the needless photocopying and overuse of paper in schools, replacing the need for sending weekly newsletters and termly reports home. Management information systems (MIS), email, texts, parent portals, and the internet have already saved schools thousands if not millions in photocopying costs.

Need to set work for cover?

Teachers can quickly and easily copy, paste, and share homework using digital textbooks, without going anywhere near a photocopier, or glue sticks, or hogging up the photocopier during the Monday rush hour.

With digital textbooks, teachers can easily bookmark and highlighting key passages, or leave notes for specific classes, and none of it will get lost on the bus. (Better still, there are no issues with copyright.)

Plus, there’s the option to pin all this to a student’s record, or share it with parents.

Saving pounds, pence, and the planet

We at Classoos wholeheartedly believe that digital saves teachers time, and schools money. These are trying times. We all need to watch the pennies. Every sheet counts. With the ever increasing pressure on school budgets, finding different ways of working and cutting costs is imperative.

Thankfully, schools, school leaders, and their staff are leading the way.

Time to get digital.

Classoos | Schools are spending £60,000, or more on photocopying; How much are you spending? 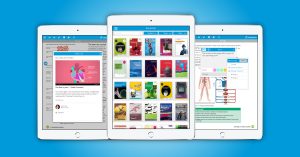 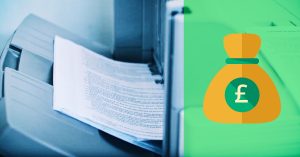 Schools are spending £60,000, or more on photocopying; How much are you spending? 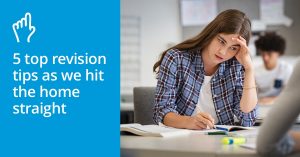 5 top revision tips as we hit the home straight