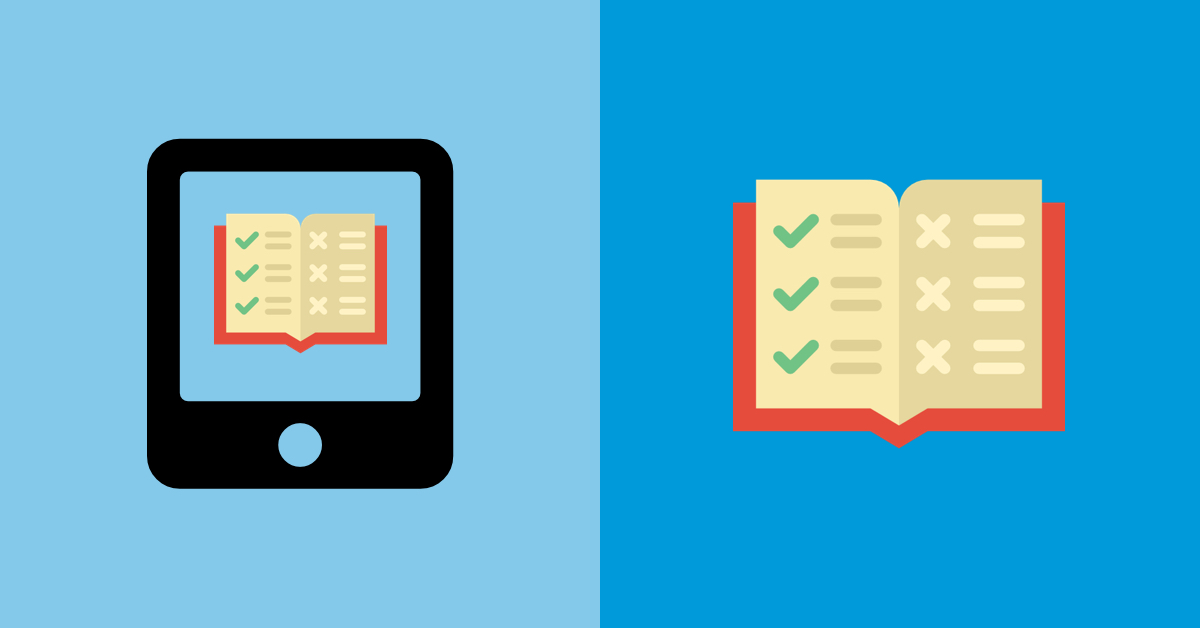 The financial crunch facing schools, along with political woes and digital disruption, have created a challenge for publishers

“There isn’t the money in schools to devote to anything like the resources that they need and that could keep publishers in business,” according to a leading UK education publisher.

“There will be a point very soon - in the next year I am sure - when big casualties will come along,” he added. “Whether they will be publishers going out of business I am not sure, but there will be redundancies.”

That may sound a little downbeat, alarming even, for a blog hosted by digital publishing platform Classoos. But let’s be honest: if you don’t focus on the problems you can’t get to the solutions – and they are definitely out there in schools.

Digital zealots talk about "disruption" like it's a good thing. But many people in industries disrupted by technology innovation don't feel that way about it. Just ask a London black cab driver about Uber (and retire to a safe place). Or talk to an older or retired printer.

Publishing has been in turmoil since the introduction of desktop publishing in the Seventies. And the internet brought further disruption which has reduced many of the UK's national newspapers to mere palimpsests of their former selves.

But of course a crisis for one group of people is an opportunity for others (more on this in part two of this blog – the solution), and this is true of the perfect storm building in one small but significant part of publishing - the textbooks market. On July 19 the following headline appeared in The Bookseller: "British publishing breaks revenue records but textbook sales are hit".

The article was based on figures released in the Publishers Association's Publishing Yearbook 2017 which showed that overall publishing performance had been healthy: total revenues up by 5 per cent to £5.7 billion boosted by increased export sales (60 per cent of total revenue).

However, the article warned: "By far the biggest concern for domestic market however is the 12% hit to sales of education print books following savage public sector cuts”. This decline, said Collins Learning managing director Colin Hughes, was not compensated for by a 12% rise in digital education sales.

"UK schools, rightly or wrongly, feel they are under greater budget pressure than they have experienced for some while,” he added. “Ministers think there’s plenty of money for them to buy learning resources; headteachers and governors disagree. But we know for sure that anxious schools are spending less on classroom materials, choosing instead to protect their spend on teachers and teaching assistants."

One of the ministers referred to is Nick Gibb MP, a former chartered accountant who specialised in corporate taxation with KPMG and is now minister for school standards. He has a bee in his bonnet about textbooks and regularly pressures educational publishers to reprint maths textbooks from China because he thinks the subject is better taught in the Far East. He also insists that those books should be paper-based not digital.

A publisher’s nightmare, he is the kind of politician who feels that there should be ‘approved’ textbooks for use by teachers and learners. That’s also anathema for educators who feel that these decisions should be made by schools and their teachers, and not by politicians.

Despite his campaigning, however, the sales of paper textbooks have clearly fallen. It’s curiously similar to the performance of his recently introduced Computing curriculum which heralded an alarming drop in the number of young people taking technology-related general certificate exams – again the exact opposite of what was intended by those lobbying for change.

This weakness of national political leadership for England’s schools shows a lack of understanding of how teachers and students are already pulling what they need for learning from digital sources like YouTube and how they network on social media. In fact these trends are seen as oppositional to ‘traditional’ media even though it is generally accepted by tech pundits that media tend to eventually coexist rather than wipe each other out.

Combined with schools' increasing money woes and their (still) relatively slow adoption of technology for learning and teaching (unlike other professionals, teachers have had little training in using technology for their work) this contributes to the continuing perfect storm around textbooks.

Now what was that about a crisis for one person being an opportunity for another? Well, in among the heat of the textbooks debate there is more than a little light. Schools and teachers are extremely practical: they want the resources that are the most effective for their learners and what they want is not beyond the gift of publishers. What they definitely do not want is just more of the same.

The first port of call for learners casually seeking answers and sources is probably Google on their mobile phones. And digitally aware teachers requiring inspirational material to share with their learners are likely to start with YouTube. The free stuff – this is part of what education publishers are up against.

It’s a tough world where customers want immediate solutions and can be impatient with those proposing something more reflective and purposeful. One successful school leader, a digital pioneer, feels that the days of paper textbooks may be passing. However, he does acknowledge the sheer difficulty of collating and managing digital materials, and their uncertain shelf-life. He feels that the value of textbooks is primarily for teachers.

Thankfully, for publishers that view is at one end of the spectrum. A much more detailed and positive vision emerges from those at the education frontline – teachers. I talked to two senior teachers who run a group that evaluates resources for teachers and learners in their MAT (multi-academy trust). The ‘core’ school is known for its use of ICT and there is an extensive 1:1 scheme for students on the premises.

“Yes, there is a drive towards using more digital resources,” said one, “ but it’s very much left to a head of department to make that judgement based on what she or he thinks is the best option.” His colleague adds, “It also comes down to the nature of the subject where things might be pretty quick moving. Take Computing for example, purchasing physical textbooks for that subject might not be the way to go. But in maths curriculum change is unlikely.”

Their priority is straightforward: to secure the resources that best help students gain the qualifications they seek. So they have to be focused, relevant and up to date. “We still see this very much as a mixed medium where there is a drive to move things digitally where feasible,” explains the first teacher. “We don’t see this as digital replacing textbooks in the classroom, not completely.

“I’d say we are a fair way down the road with this. We’ve been working with digital textbooks and working with different people for some time now and when you walk around our school – although not perhaps all the schools in our trust – a good mix of resources is being used. And it’s not just the digital textbooks: there are online services and a whole host of different resources that we make very good use of that support and go alongside the use of textbooks.”

“I echo that,” says his colleague. “It’s moving towards using all sorts of resources rather than teachers relying on a traditional textbook to complete their teaching.”

Traditional textbooks are only ever used in class. They are seen as too expensive to go into homes and perhaps be damaged or lost. And in some curriculum areas, key stage three science for example, teachers are given a licence for textbooks to use for their schemes of work and lessons and to help generate the materials they provide for students.

The approach is pragmatic and inclusive – generally what works best as the ‘market’ changes and progresses. It’s something that chimes with my publisher contact who cautions against a “digital only” policy. He gives examples of successful new services for schools, literacy programmes for example, where the school’s purchase includes physical books to use with and alongside the digital elements.

So what do these MAT teachers want from publishers in the way of digital textbooks? “We want accurate, relevant information for the exam board whose exams your students are sitting, but not a static textbook,” says the first teacher. “We want something that’s interesting to kids, with the information they need and engaging videos and quizzes for example. Being able to get real data out of the textbook even if it’s like a chapter review.”

“it’s useful to have a quiz that can take a student through the textbook and then, as a teacher I get a sort of snapshot of where they have been successful and where they haven’t,” explains his colleague. “I think those features are very powerful and of course being able to log on anywhere. Our students all have devices within the classroom and so teachers can let them get on to that textbook and do activities during a lesson, like answer questions, and then continue that journey at home. This allows a teacher to select things to do, to apply and to get that feedback straight away.”

Sharing is also seen as essential, finding something ‘on the button’ for subject and sharing that. And adding their own examples to a text book. “If the teacher has a relevant, specific example, they can add notes to a textbook page or part of a chapter and say ‘Look, here is something relevant to our area’. For example, there may be a transformer substation across the road and if I can take a picture of that and add it to the page about transformers for physics then the student will recognise it and say ‘Oh I know that place,’ and it makes it a lot more relevant to them.”

Current trading conditions may be tight but it’s clear that teachers and schools hold the answers that publishers need. And the smart ones are already working closely with schools to develop new products and services that can prove effective for children’s success. They have to. My publisher contact explained his disappointment and pain on taking a highly rated digital product into a school for testing only to find that it took more than half an hour to set it up for five minutes of class work. A no-go.

In reality the wish lists of schools and teachers are actually shared by many in publishing. The problem has been embracing change and pioneering new relationships and revenue models to replace old. The situation certainly doesn’t have to be as bleak as bare statistics can suggest.

As my teacher contacts explain, it’s not so much that people want everything digitally. They want more relevance, focus, interaction and a general richness and built-in collaboration facilities for resources. They don’t see it as a radical way of get rid of textbooks - more that the very nature of textbooks will change to something almost unrecognisable as a textbook within 10 years

Where those materials are digital they are expected to incorporate high-quality graphics, audio, video and interactivity like quizzes and animations, and to be capable of being annotated, stored and shared, with feedback built in. As a publisher in the 21st century why would you not want to provide that?

Icons made by prettycons from www.flaticon.com is licensed by CC 3.0 BY 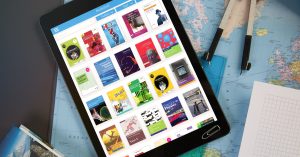 20 benefits of using online textbooks and resources in a classroom 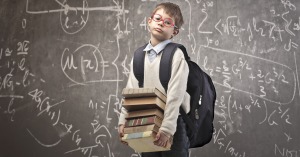